My Name is Izrail, Actually

This year the world commemorates not only the attack of Nazi Germany on the Soviet Union 80 years ago, but also the massacres of the Jewish population following suit. Ukraine was one of the main sites of terror. On Sept. 29 and 30, 1941, the German occupational forces shot 33,771 Jewish residents in the ravine of Babi Yar on the outskirts of Kiev. The timing was chosen on purpose—it was Yom Kippur, the highest Jewish holiday. Apart from the widely known site of Babi Yar, estimates speak of another 2,000 Jewish mass graves in Ukraine, where similar atrocities happened.

When we push the doorbell, we hear Yuri approaching in his felt slippers. We are in the Ukrainian harbor city of Nikolayev. The antique lift has taken us to one of the upper floors of a typical Soviet-style apartment block. Yuri is overjoyed to see us, such a surprise! Yuri has to manage on his own, we notice immediately as we set down a bag with fresh food items in the hallway. His wife died six months ago. The two of them had shared half a century in this city.

The Jewish Community in Nikolayev on the Black Sea has existed for some 200 years. One Czar expelled the Jews, the next one brought them back, keen on developing grain trade with the help of his entrepreneurial Jewish citizens. The gruesome pogroms increased in frequency toward the turn of the century just before World War I, costing many Jewish casualties. The Bolshevik Revolution forced Jewish religious life underground, synagogues were gradually closed. Under Soviet rule, the Old Synagogue became the House of Atheists. Between the wars, Nikolayev had 25,000 Jewish residents, with more Jewish refugees flooding in from Poland after the outbreak of the war there.

When German Wehrmacht troops occupied Nikolayev following the attack on the Soviet Union in the summer of 1941, Yuri was five years old.

“Father went to the battlefront immediately,” Yuri says. “We never saw him again. He was killed in action.” After the first few statements I realize that Yuri has a dramatic history, so I ask him if he could share the whole story from the beginning, while I record. Yuri cringes. “I can’t… it’s too hard.” After a while, he gives it a try. “I remember everything as if it was yesterday. We were taken to the county prison in Pervomaisk. Half of the people were immediately shot. And in front of my eyes…,” Yuri breaks out into a sob. “In front of my eyes they also shot my two sisters.”

The men were “useful” enough for the occupational forces. They were left alive and forced to clean up the city, which had been heavily hit by bombing, including the train tracks. But there was not much little Yuri could contribute, along with his brother and mother, and the three of them were taken to a death camp. “It was secured by barbed wire. We were not given anything to eat or to drink. The young Ukrainian police guards, who worked for the fascists, constantly beat us…”

After one year, a group of people including Yuri’s family succeeded in digging a tunnel under the fence and escaped. But not for long—they were caught and taken to a nearby ghetto, a type of labor camp guarded by less brutal Romanian soldiers. That was where Yuri, having to grow up by the time he turned eight, saw the day of liberation by the Red Army in March 1944.

…there was not much little Yuri could contribute, along with his brother and mother, and the
three of them were taken to a death camp.

“We returned to our hometown, only to find out that we were no longer welcome there, either,” Yuri continued. “We were even advised not to tell anyone that we had been in a camp, otherwise we might end up in prison again. The Soviet Union constantly put people in prison…”—Stalin would accuse the survivors of having collaborated with the fascists to survive, taking them to the next camp.

“Then came the hunger years,” Yuri remembers. “People ate whatever they could find. Mom would go to the cemetery and collect the snippets of ceremonial bread people had laid on the tombs for their deceased relatives, and she would give those to us to eat. That’s how we survived.” Yuri worked odd jobs wherever he was needed. Later he joined the military. Actually, Yuri is not his real name, we learn after a while. “My real name is Izya—short for Izrail” Yuri confides to us. “But what did life hold for an Izya in the Soviet Union?” Yuri asks, as a rhetorical question, pointing to the deep-seated anti-Semitism under the Soviet regime. “Nothing. So, I changed my name to Yuri.”

Deeply moved by Yuri’s story I kneel before him and ask forgiveness for the suffering caused by Germans for him and his family. Then I place a small gift sachet with a heart-shaped waffle baked by my mom in his hands. And Yuri—presses a kiss on my hand.

Irina lives not far from Yuri. She is five years older and grew up in a town of German settlers that had been joined by many Jewish families who felt drawn to the German culture and language. She experienced the war quite differently. Her story sounds like a movie script.

“Dad worked here in Nikolayev in the harbor,” Irina tells us. “After the war broke out, all the equipment was transferred to the east, to the rear—anything that could be useful for the war effort. Dad went along as a specialist.”

“Dad worked here in Nikolayev in the harbor,” Irina tells us. “After the war broke out, all the equipment was transferred to the east, to the rear—anything that could be useful for the war effort. Dad went along as a specialist.”

Irina’s family initially decided to wait and see, but eventually mother and grandmother left with 10-year-old Irina. “We fled from place to place, finally ending up in Northern Caucasus, in the Chechen town of Novo-Troitsa,” Irina shared. “But then, the German troops invaded there as well. The local population was forced by the occupational forces to dig trenches. Then a rumor went around that on a particular day, the Jews were to be executed.” Irina remembers all the details, her voice getting hoarse.

“That’s when Grandma took me by my hand, walking me 15 kilometers to the next town where the German military command had set up their headquarters. I was only 10 at the time, and I didn’t even have shoes. When we arrived at the casern gate, Grandma demanded to see the commander. The guard was surprised she spoke such good German and immediately accommodated her request.”

“The commander invited us into his office. As instructed by Grandma, I fell on my knees starting to pray, ‘Our Father, Who art in heaven, hallowed be Thy name; Thy kingdom come; Thy will be done on earth as it is in heaven.… ‘ Do you see my hands shaking? I say this prayer in German every night. I can only say it in German.”

Then came Grandmother’s part. “Grandma begged the commander saying, ‘There are rumors that the
Jews will be shot. I have a Jewish family. Please, save us!’” We barely dared breathing as Irina continues.

“And then, an incredible miracle happened. The heart of the commander opened up to us. ‘Good
it’s a girl,’ he said in my direction. ‘But you have to get out of here. Where can you go?’

“Grandmother mentioned our hometown in Ukraine. Then the commander issued German passports for our entire family and added a note saying, ‘travel authorized for the purpose of family reunification.’ Then he had us taken to a train by military motorbike, and whenever we were controlled, we presented our travel permit. This is how this German commander saved our lives. Fäustling was his name. We tried for many years to find him so we could thank him—to no avail.”

Estimates say 5,000 Jews were murdered that same fall of 1941 in Nikolayev. Irina’s family, however, was not touched, thanks to the German passports issued by this commandant.

After the war, the Jewish community of Nikolayev quickly grew again as the harbor offered jobs. After the collapse of the Soviet Union, most Jewish residents left the country; many made Aliyah to Israel. The military conflict with neighboring Russia, which has been ongoing since 2014, has created further economic hardship. It’s the old and sick who stay behind—those who don’t have anybody who could help them start anew somewhere else.

Yuri and Irina now receive regular visits and support through the sponsorship program run by Christians for Israel, reminding them they are not forgotten, but loved and appreciated.

← Some Thoughts on Leadership Transition Biblical Harp Workshop in Ruins → 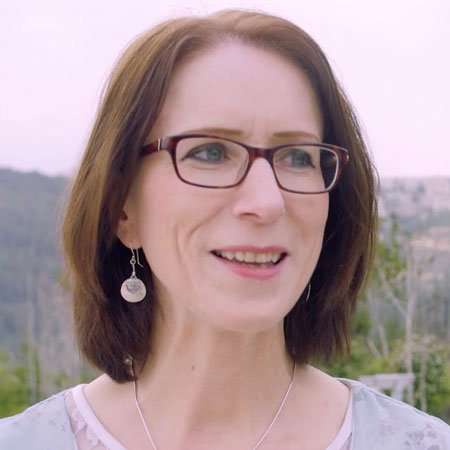 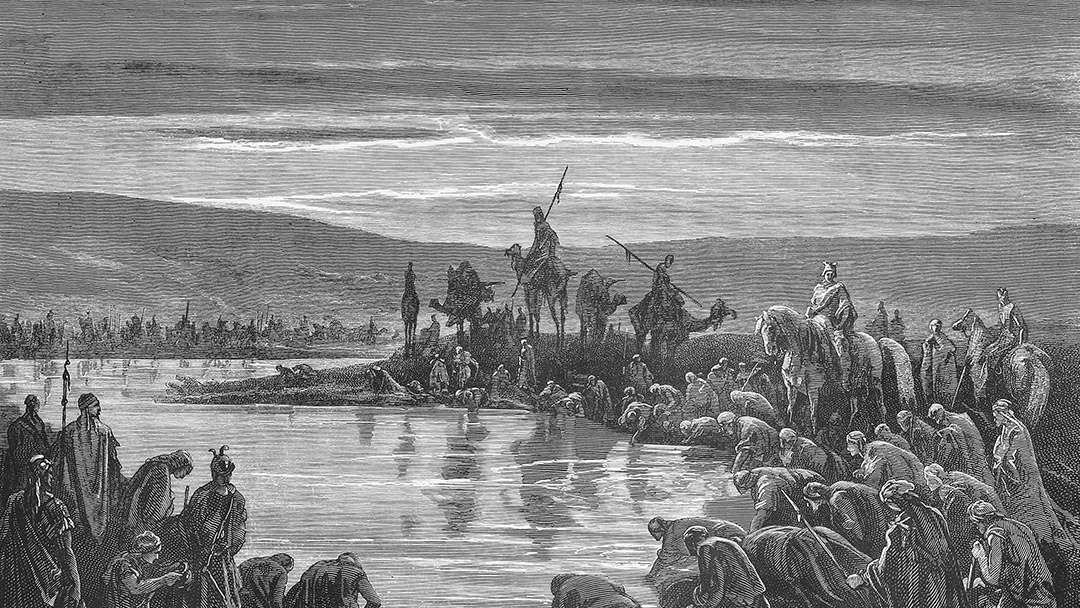 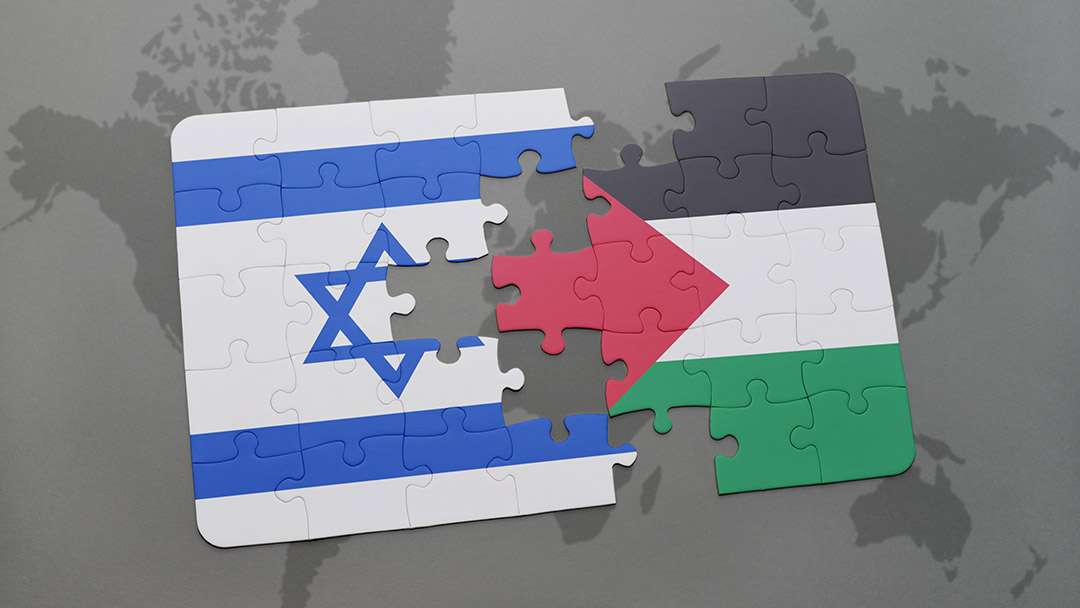 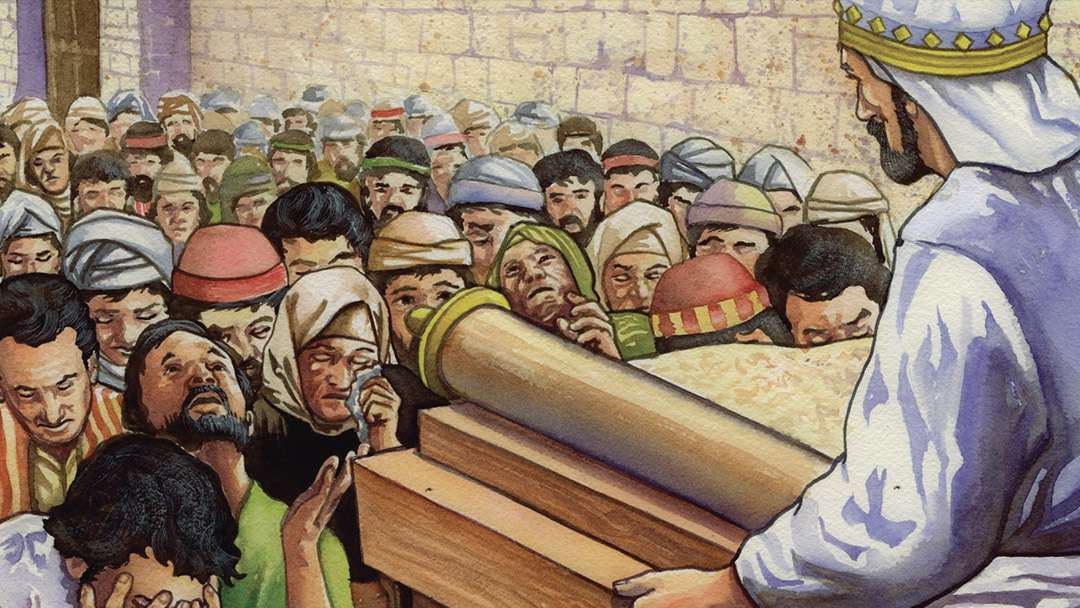 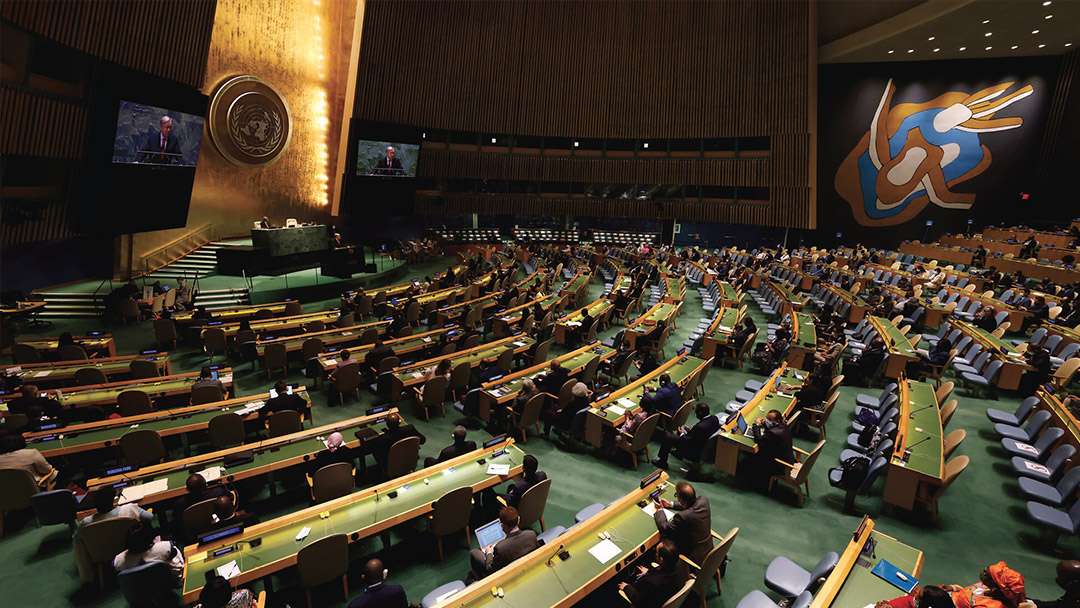 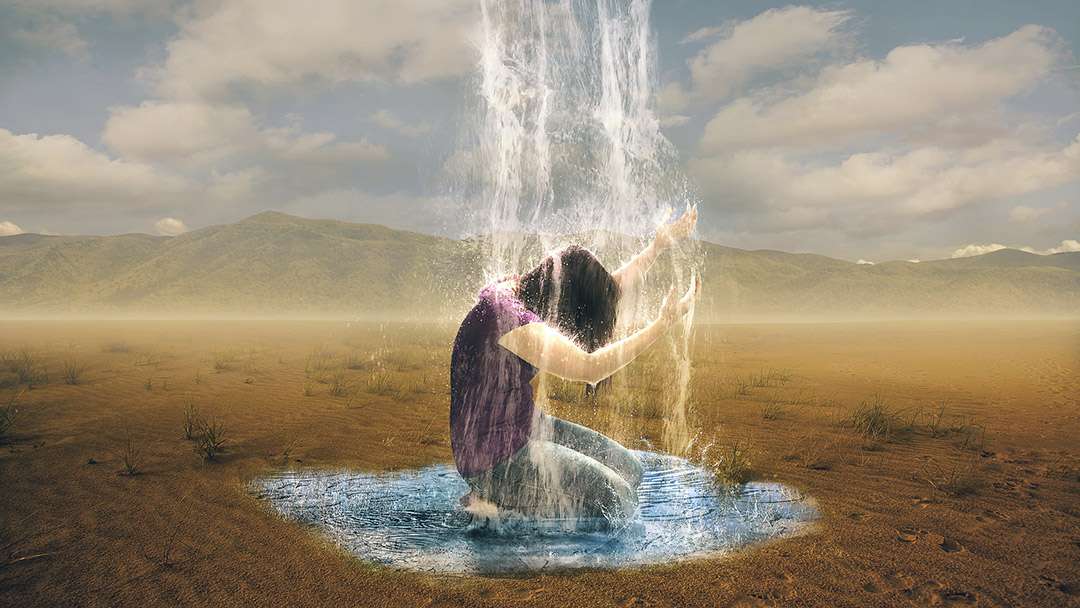 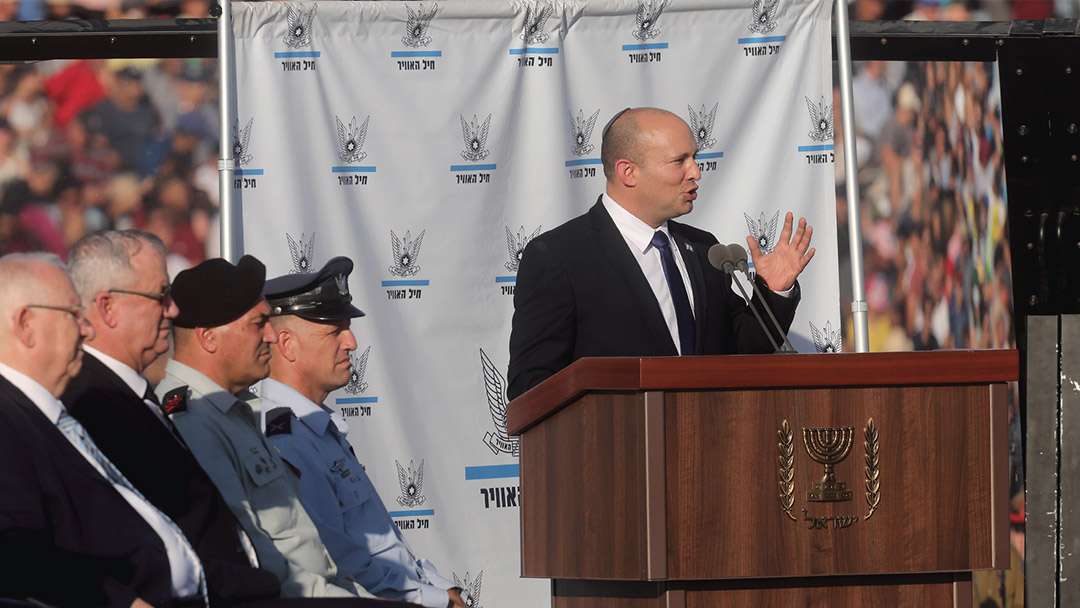