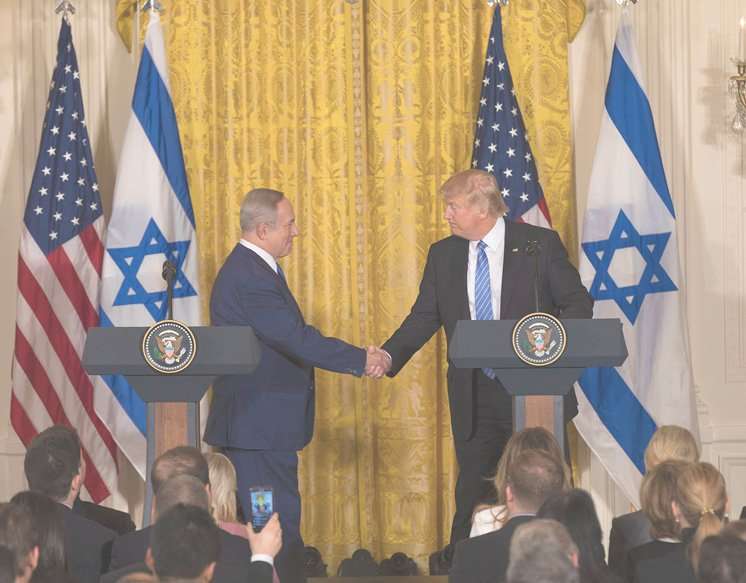 Purim is over and we are moving into the final period before the Israeli elections.

These elections are perhaps the most interesting in recent times, however there really only two candidates running.

Who will figure more largely in the eyes of the Israeli electorate—the statesman also known as ‘Mr Security’, or the person under a corruption cloud with all of the attendant fallout?

This election has nothing much to do with policies, but is centered on who is fit to lead?

The Prime Minister wants to emphasise that he and only he is Israel’s real security cover.

His main opponents are of course the Blue and White party led by Benny Gantz. Their leadership includes no less than three ex IDF Chiefs of Staff. In this manner they wish to counter the ‘Mr Security’ argument.

However they are all untried in the political/diplomatic arena. And have so far not been able to demonstrate that they can come anywhere close to Netanyahu’s statesmanship.

And of course the two qualities are intertwined, and together enhance Israel’s security.

|
At the end of the day...the elections will come down to... who will be best able to form a coalition.

President Trump has in this case, ridden into the Israeli elections responding to a request from Netanyahu for the Golan Heights to remain part of Israel.

It is important to note that Gantz and his Blue and White party have made it a central plank of their election bid to never cede the Golan. But without being able to say how they would do this.

Along comes the statesman side of Netanyahu who is able to make a request of the US President and seemingly get a promise for the future, possibly even the near future.

“After 52 years it is time for the United States to fully recognize Israel’s Sovereignty over the Golan Heights, which is of critical strategic and security importance to the State of Israel and Regional Stability!”

This again emphasises that there is little daylight on security and neighborhood issues between Netanyahu and Gantz and both enthusiastically welcomed the US announcement.

A consistent feature of this election campaign is the fact that those to the right of Netanyahu like Naphtali Bennett and his New Right party expressed some reservations with the Trump tweet, worrying still, that after the election when the ‘deal of the century’ is announced, Trump will yet extract a price for recognising Jerusalem as Israel’s capital, for tearing up the Iran deal and for the Golan announcement.

The ‘right’ whilst believing in Netanyahu as the only viable candidate for Prime Minister, run on the platform that they are needed to ‘keep Netanyahu honest’ when it comes to policy.

Two examples show what they mean.

The recent Israeli response to the rockets from Gaza demonstrates what is widely recognised across the political spectrum in Israel—Prime Minister Netanyahu shows the most restraint when it comes to the use of the IDF. He is more likely to exhaust all other alternatives before utilising the full power of the IDF, than just about any previous Prime Minister.

And when it comes to settlement building.

By comparison with say Tel Aviv, whose population is only slightly larger than the Jewish population of Area C over the Green Line, there were 10,101 building starts—almost five times as many.

And interestingly, even this low figure in 2018 marked almost a record for settler building starts under Netanyahu, being the third highest year of building starts in his current ten year tenure.

Counterintuitively, Netanyahu’s record settlement starts occurred in 2016 during Obama’s US presidency, when there were 3,143 building starts.

At the end of the day and in a practical sense, the elections will not come down so much as to who will win the most seats (as neither party will even come close to passing the 61 seats required for a majority in the Knesset), but to who will be best able to form a coalition.

On current polling, Gantz cannot form a government without the overt or tacit support of the Israeli Arab parties—and he has repeatedly stressed that he would not bring them into his coalition formally.

Gantz’s party has also said that they will seek to bring Likud into the next government, but only if Netanyahu is no longer its leader.

On paper, only Netanyahu can form a government post-election.

But what makes this election so hard to predict is that many smaller parties are polling borderline as to whether they will or will not pass the 3.25% voter threshold—approximately 4 seats—and be in the Knesset at all. So calculations about coalition building are dangerous.

Another factor is that after the actual election, it falls to Israel’s president Ruby Rivlin to ‘invite’ the person he feels can best form government, to do so. Although he comes from Likud, he is an arch rival of Netanyahu’s and quite a maverick. Rivlin could surprise by inviting Likud under another leader to form government, forcing a Blue and White/Likud coalition attempt, or even consider that because of the corruption cloud over Netanyahu, he is unsuitable for PM.

Whilst the ultra orthodox Haredim and the parties to the right of Likud have stated that they will support Netanyahu for PM, one party—Zehut led by Moshe Feiglin—is completely unpredictable.

Feiglin was effectively thrown out of the Likud by Netanyahu and whilst maintaining their far right polices, Zehut has a front line campaign to legalise cannabis. Although pundits automatically put Zehut in Netanyahu’s camp if they pass the threshold, this is not necessarily so.

We are indeed in for some interesting times.