Pandemic and the god Pan

The Banias Nature Reserve (aka The Gates of Hell) with the ruins of the old Greek and Roman temple complex of the Greek god Pan, god of the forests and shepherds, Golan Heights, North Israel.

Pandemic is a Greek word meaning something relating to all people, not just a limited area, but stems from the god Pan, who was not just a god for some of the aristocracy but for all people. Pan was the god not of the city (he had no temples) but of the countryside, woods, wild places. He was also the god of sheep and shepherds and of rustic music (pan pipes). He was depicted as being half goat (waist down) and half-human (humanism stemming from Greek thinking), with goat’s horns on his head (human/Greek knowledge). Greece was depicted in Daniel as a goat (Dan 8:21). He was ugly, like Satan himself.

Pan was shrewd and deceiving (Dan 8:25). He could turn inanimate objects into a different form. There has been much deception about this virus and the vaccines, and it has transformed itself into several variants. Pan was strong, fast and could run long distances (Dan 8:24), and so is this virus. Pan could teleport himself from earth to Mt Olympus. The virus has been transported across the globe.

In Dan 8:25, the ruler of Greece who would destroy to an extraordinary degree, and oppose the Prince of princes, is broken without human agency.

There is a story about Pan (www.greekgodsandgoddesses.net/gods/pan) that during a war, he helped a friend survive a vicious struggle by letting out a piercing cry that frightened the enemy and caused him to flee. From this story, we get the word ‘panic,’ the definition of which is, ‘the sudden, uncontrollable fear that leads people into irrational behaviour.’ That sounds rather like what has happened in this pandemic also!

In ancient Israel, Pan was worshipped at Caesarea Philippi, situated at a spring which is one of the sources of the Jordan River. There is a large cave there, where children were thrown in to their death in sacrifice to Pan. Because of this, it was known as ‘the Gates of Hell/Hades’. It was here, told in Matt 16:13-19, that Jesus took His disciples to ask them ‘Who do people say that the Son of man is?’ and ‘Who do you say I am’? Peter answered, ‘You are the Messiah, the Son of the living God’. God promises to build His church upon this confession and the gates of Hell/Hades would not overpower it. The keys of the Kingdom of Heaven were given there to bind and to loose—in other words, to make legal decrees, in line with God’s will, that affect people (and nations).

In the face of this Pandemic, it is the responsibility of the ‘ekklesia’ according to 2 Chronicles 7:13-14 and Ephesians 3:10 to use the authority God has given us to rule with Him to bind the power of this Pan-demic and loose people’s lives and our land from its destruction.

“When I shut up the heavens so that there is no rain, or command locusts to devour the land or send a plague among my people, if my people, who are called by my name, will humble themselves and pray and seek my face and turn from their wicked ways, then I will hear from heaven, and I will forgive their sin and will heal their land” (2 Chron 7:13-14 NIV).

“His intent was that now, through the church, the manifold wisdom of God should be made known to the rulers and authorities in the heavenly realms” (Eph 3:10 NIV).

God’s desire to heal our land and its people has not changed and He has given us the keys—humble ourselves (in Judaism that is to repent and fast), pray, seek His face (not just His hand) and turn from our wicked ways. We have prayed, but have we really met the other three requirements? Are we content to wait for human answers or will we press in for God to break through and bring revival in our land? All creation is waiting… 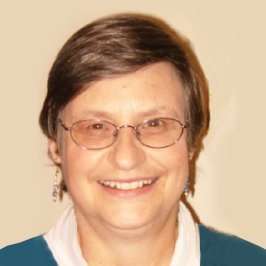