Jerusalem – the Burdensome Stone for All Nations – Zechariah 12 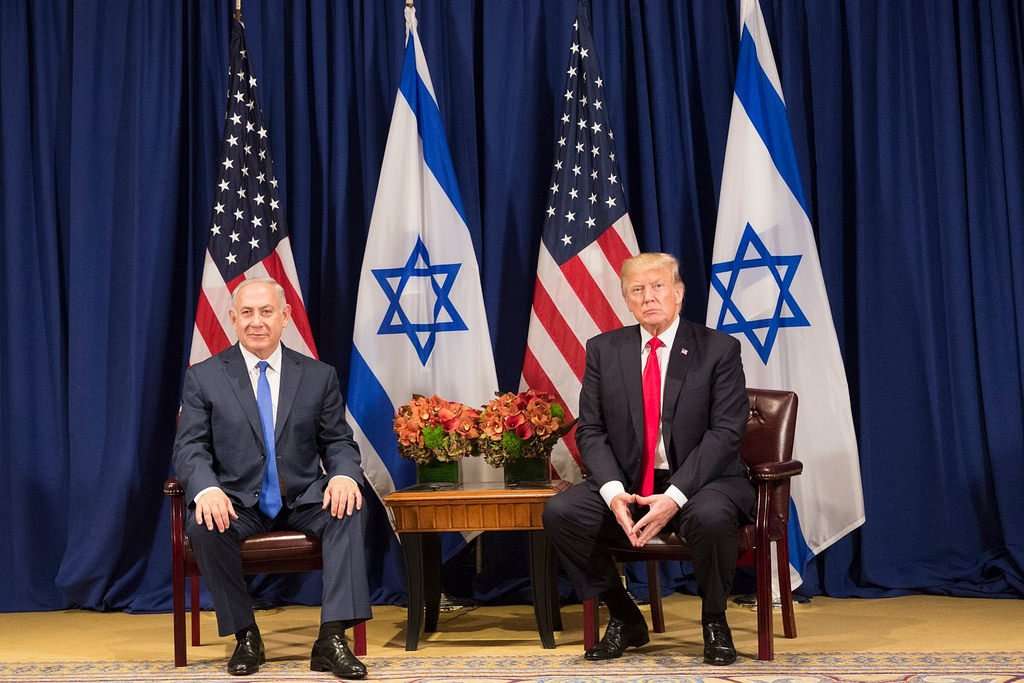 US President Trump’s declaration recognising the reality of Jerusalem as the capital of Israel, and his announcement that the US Embassy will be moved from Tel Aviv to Jerusalem has created something of a firestorm among the nations.

As many Bible-believing Christians have noted, it is a fulfilment of the first three verses of Zechariah 12, and certainly not the ultimate one. We now know that the new US Embassy in Jerusalem will be opened on 14th May – the 70th anniversary of the rebirth of the Jewish nation.

Here, I would like to pose a question. Is this recognition of Jerusalem as the capital city of the State of Israel a violation of International Law – as many claim it is – or is it in tune with it? I hinted at this question in the February 2018 Australian edition of Israel & Christians Today (see page 8).

Before seeking to answer that question we need to understand that the battle for Jerusalem is essentially a spiritual battle. It is summed up prophetically in Psalm 2, which is a graphic description of what we see today. Another key pointer is found in Zechariah 8:2-3

Today, Jerusalem seems to be anything but “the City of Truth” – rather a city subjected to continuous lies and false claims. Also, “the Mountain of the Lord” has a group of Islamic shrines dominating it. Any effort to try to alter the status quo would probably invoke World War Three. As Christians, we need to ask ourselves a serious question:

Is our Lord Jesus Christ going to return to Al Quds (Jerusalem) as the capital of an Islamic Palestinian state?

This is why the stakes are so high. “Why do the nations rage, and the people plot a vain thing? …” Please read Psalm 2. “Yet have I set My King on My Holy hill of Zion …”. These are Biblical truths that ‘are set in stone’ and will surely and wonderfully come to pass.

The Lord has His way of dealing with intractable problems – e.g. Zechariah 4:6 says “’Not by might nor by power, but by My Spirit,’ says the Lord of hosts.” Actually, the context of this very well known verse is to do with the rebuilding of the temple on the mountain of the Lord!

So let us come back to the question of International Law, and its relevance in the spiritual battle. Some years ago I was at a conference which the European Coalition for Israel was holding in San Remo to mark the anniversary of the San Remo Resolution in 1920. I had a revelation which I believe is from the Lord. 4,000 years ago, in what is known as the Abrahamic Covenant, the Lord gave the title deed of the Land of Israel to Abraham, Isaac and Jacob, and their descendants, as an everlasting possession. At San Remo in 1920, the Lord did a remarkable thing, and He did it under the radar. He enshrined that title deed into International Law in the modern era. He did it knowing the spiritual battle that would ensue to delegitimize the Jewish State and her right to live in the Land the Lord gave them, including the city of Jerusalem. That right is enshrined in the preamble of the Mandate document, which is a treaty binding under International Law. As one key lawyer interviewed in “Whose Land?” Part 1 – Dr Jacques Gauthier – put it:

“If they can establish that they had a vibrant community in Jerusalem, or in Hebron, or in Shiloh, in different areas of the Holy Land, they have been given the right to reconstitute these communities … it becomes part of International Law.”

And, of course, Jerusalem was the historic capital city of the Jewish people, and still is.

So, how did this non-recognition of Jerusalem as Israel’s capital come about?

It goes back to the British Mandate and the Peel Commission of 1937, when the partition of western Palestine into Jewish and Arab states was first considered. Remember, eastern Palestine (77% of the whole) had already been designated to become an Arab state in 1921 – now the State of Jordan. Under the Peel Commission, Jerusalem and a corridor to the coast was designated as a ‘Corpus Separatum’ – in other words remaining under the control of the British with neither Jewish nor Arab sovereignty over it. The excuse given was the preservation of the holy sites in Jerusalem. The real reason was appeasement of Arab hostility to the ‘Jewish National Home’. Arguably, Jerusalem being separated out from the Jewish National Home was a violation of the terms of the Mandate. In fact the Arabs, as an ethnic people group, are not even mentioned in the Mandate for Palestine, and the Mandate gave them no political rights, but merely protection of their civil and religious rights. Although the Peel Commission was never implemented, the concept of Jerusalem being a ‘Corpus Separatum’ was carried through into the Partition Plan of 1947 – Resolution 181 of the UN General Assembly on 29th November 1947.

As our lawyers pointed out in “Whose Land?” Part 1, General Assembly Resolutions are not binding in terms of International Law. Dr Jacques Gauthier went on to say: “If the Jewish people and the Arabs had agreed to enter into a treaty based on the terms of the Resolution, then rights and obligations could have been created in International Law. But that didn’t happen.” Not only did it not happen, it’s very doubtful as to whether it would have worked if had happened, even though the Jewish community in Palestine agreed to it, including the concept of Corpus Separatum. Firstly, Jerusalem was surrounded by what was designated to be the Arab state. This would have made Jewish access to their ancient capital extremely difficult, if not impossible. Secondly, the British already gave notice they were relinquishing the stewardship of the Mandate, and the United Nations had failed to implement any mechanism for governing the ‘internationalised’ Holy City.

Instead, Jordan unlawfully seized the historic areas of Judea and Samaria as well as the Old City and many outlying areas of Jerusalem in a war of aggression. This resulted in the concept of ‘Corpus Separatum’ being ignored when it came to Jordan’s illegal occupation of Jerusalem, but upheld when it came to the Jewish domicile in ‘West Jerusalem’. When Israel exercised its sovereignty in 1967 over what is popularly called ‘East Jerusalem’ it was deemed to be ‘illegal’. So, as far as Israel is concerned, a double standard is being applied. This is demonstrated by the fact that Britain – along with many other nations – does not recognise Israeli sovereignty over any part of Jerusalem. This is possibly why the Australian government has refused to contemplate moving its embassy to Jerusalem. They believe it to be a breach of International Law, when the opposite is the case. The effect is that the Jewish people have been robbed of what is legally their historic capital city. As my friend Stan Goodenough has exhorted you, don’t give up! Continue the fight until the battle is won! The Lord’s desire is that Australia will be a ‘sheep nation’ and not a ‘goat nation’.

I believe President Trump’s endorsement of Jerusalem as Israel’s capital not only makes the ‘burdensome stone’ heavier, but in reality it is a game-changer in the so-called Middle East peace process. The legal battle lines are being defined. The same goes for the spiritual battle lines behind the scenes. The bluff of the Palestinian leadership has been called and the ‘Valley of Decision’ (Joel 3:1 – 3) draws ever closer.

For this reason, and after seeking the Lord about it, we believe a whole part of Whose Land? needs to be devoted to Jerusalem. What would have been Part 2 of Whose Land? will be split into two parts. Part 2 will focus on Jerusalem, and Two-State Solution? will now be Part 3.

I am often asked when the next part of Whose Land? will come out? It depends entirely on the timing of funding. We have already spent hundreds of thousands of dollars to get where we are with the release of Part 1 – entitled Foundations. We need hundreds of thousands more! If you would like to contribute, please visit our website www.whoseland.tv 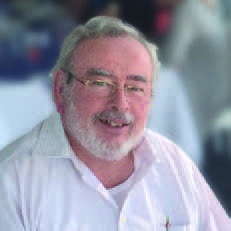