Durban and the Abuse of Human Rights 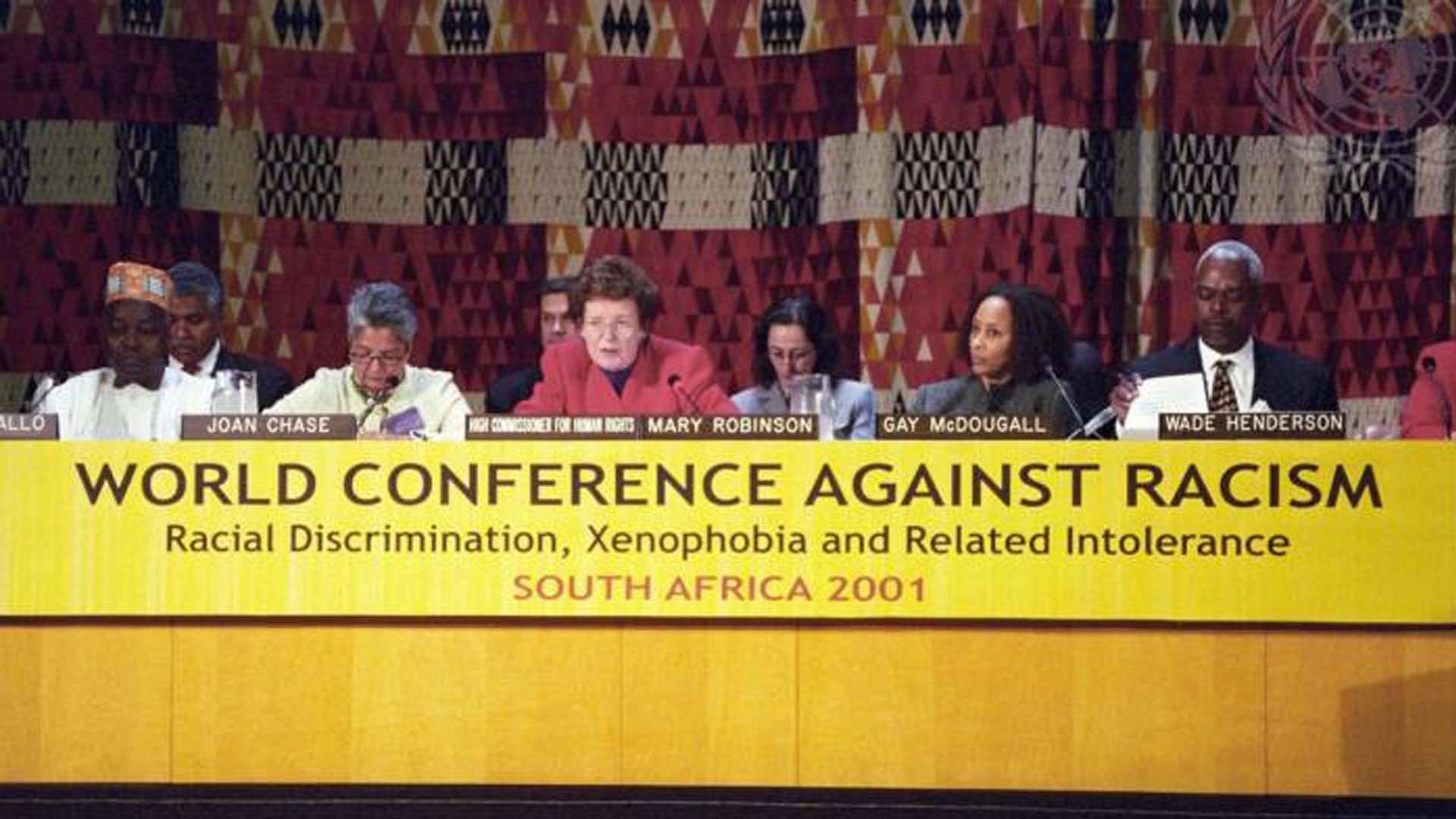 The U.N. World Conference against Racism in Durban, South Africa in 2001. (UN Photo)

Australian Prime Minister Scott Morrison affirmed on May 6, 2021, that the Australian government:

“will not associate Australia with one-sided and contentious language that singles out Israel or an event that champions such language. This is entirely consistent with my Government’s very strong voting position on UN General Assembly resolutions in the Human Rights Council and elsewhere. We will continue that same approach to Durban for later this year. … I do not accept that anti-Semitism, cloaked in the language of human rights, serves any justified purpose nor the cause of peace. Just in case anyone was in any doubt.”

Indeed, while expressed in lofty language, the human rights system is an empty shell that can be—and is daily—filled by an infinite variety of moral, religious, ideological and political forces. In his recent important book Jewish Internationalism and Human Rights after the Holocaust (Cambridge University Press, 2021) Dr. Nathan Kurz writes:

“Recent empirical work has laid bare a fundamental truth: despite pretensions to a historical universality, human rights are a political language, and actors often graft concerns they bring with them from elsewhere onto the universalist template of human rights. Both Latin American solidarity activists and African nationalists transposed circulating anti-imperialist rights discourses onto human rights. American conservatives and West German professional associations appropriated human rights for anticommunist aims. Ecumenical Christians recast their struggle for religious freedom in the language of human rights. Trade unions remolded their activism on behalf of workers into a contest over the freedom of association. Even Amnesty International, the prototype for the modern human rights NGO, folded human rights into a liberal British preoccupation with civil liberties. The very existence of multiple “vernaculars” of human rights owes much to how their elasticity has served as a crucial component of their attraction for so many. It is left for readers to decide whether human rights has served as “an empty vessel that could be filled by a wide variety of conceptions.”

Perhaps the most blatant example of how the human rights system can be abused is the Durban debacle.

As is well known, the Durban Declaration (2001) in effect was the reincarnation of the infamous UN General Assembly’s “Zionism-is-racism” resolution (1975). After that resolution was revoked by the General Assembly in 1991, it was the Durban Declaration that took its place. According to the Declaration, Palestinians are “victims” of Israeli racism. Israel is the only state mentioned in the entire global manifesto, notwithstanding that it purports to address racism and xenophobia the world over.

The Role of Europe

With the active support of the UN High Commissioner for Human Rights, Mary Robinson, the European Union negotiated with the Arab/Islamic states and South Africa to produce the final declaration. According to Prof. Anne Bayefsky of Human Rights Voices, “The deal they struck was to include the isolation and condemnation of Israel in exchange for the removal of references to reparations for slavery and other items that would have had direct and financial ramifications for European states. The product is known as the “Durban Declaration and Programme of Action” or the DDPA.”

What Did the Durban Declaration Say?

‘Victims of racism, racial discrimination, xenophobia and related intolerance’ Para. 63. We are concerned about the plight of the Palestinian people under foreign occupation…

The claim is sometimes made that the Durban Declaration does not use the exact words of Zionism-is-racism. This of course completely misunderstands the language, intent, origins, and use of the Declaration and its message ever since—and the total isolation of Israel in the Durban “anti-racism” frame of reference.

The clear intent of the Durban Declaration is the lie that Palestinians are victims of racism at the hands of their occupier Israel. No other state is singled out as victimizing anybody for racism.

On December 31, 2020, the UN General Assembly decided that in September 2021 it will celebrate the 20th anniversary of the racist “anti-racism” world conference held in Durban, South Africa in 2001. More specifically, the UN plan is to garner universal approval from Presidents, Prime Ministers and foreign ministers from across the globe for a formal “political declaration” in support of the Durban Declaration.

The Human Rights Council—an about face?

However, on March 19, 2021, the United States delivered a statement at the UN Human Rights Council in which it seemed to support the Durban Declaration and the 20th anniversary. The US statement was made on behalf of “more than 150” states.

This was alarming, to say the least. Given the substance of the 2020 General Assembly resolution, there can be no doubt that “Durban IV” will violate the stated interests and values of Western nations like the USA, Australia and EU member states. It has already been decided by the General Assembly that the political declaration to emanate from “Durban IV” will reaffirm the 2001 Durban Declaration in its entirety.

Fortunately, the US has on May 3, 2021, announced that it will not support the “Durban IV” conference. This is a bold and principled move that is to be applauded.

Following flurried lobbying by many Jewish and Christian organizations, Australia and Canada have also confirmed that they will not be participating in “Durban IV”.

It is to be hoped that other nations follow the example of the US, Australia and Canada and confirm that they too will be boycotting the Durban initiative as long as it continues to single out the Jewish people for approbation. 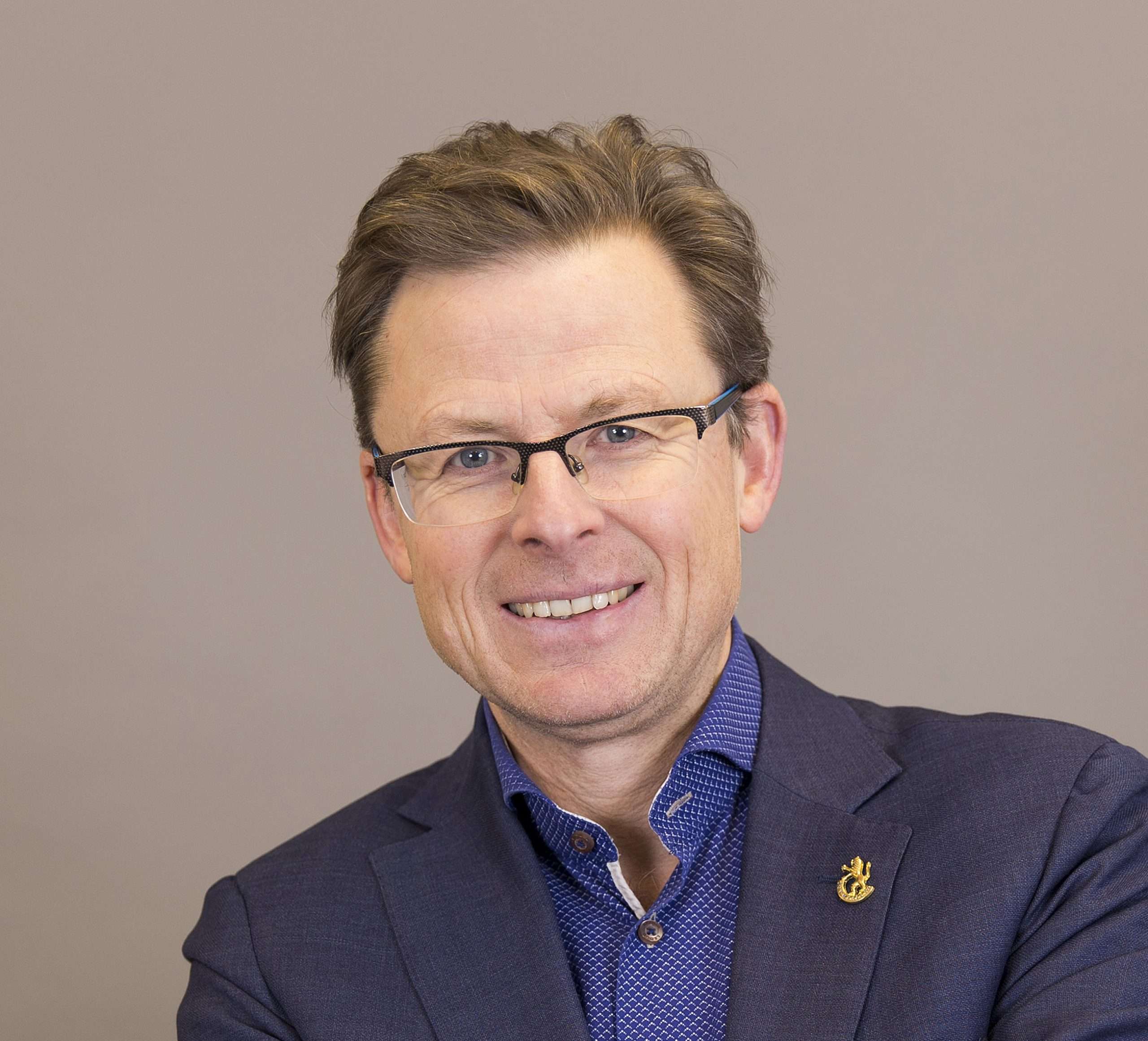