Come to the Well 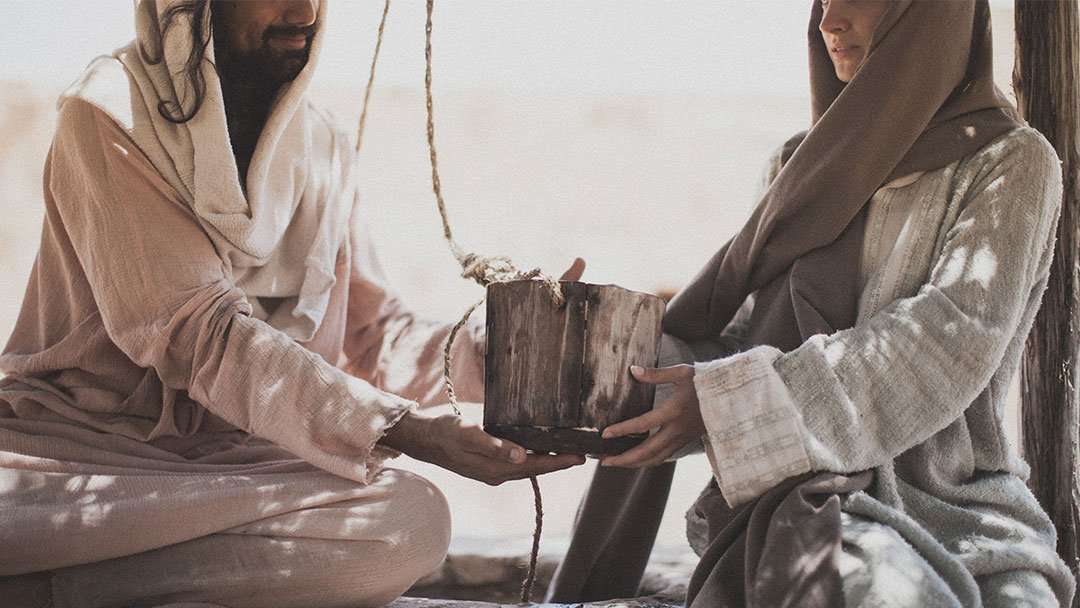 Remember when you first started learning about Israel, and whether it was something about the Biblical feasts, covenants, or prophecy, you were amazed by how rich and meaningful it was? If your experience was anything like mine, you were astounded by how deep and heart-connecting these Biblical, Jewish, Israeli things were.

Honestly, it kind of took me off guard. I thought, “Wait, I have given my life to Yeshua and I have studied the entire Bible, and yet, these people who do not believe in Yeshua are showing me things that I have never heard before, and they are resonating deeply within my heart! How can this be? Why do these Jewish things seem so good, right, and wholesome?”

Often I feel like Rebecca. She, who was not born into the Abrahamic faith, found herself by a well, being asked to serve an Abrahamite. So too, I was invited to join Abraham’s family by serving a Jewish man—Yeshua. The first thing Rebecca did was to let down her pitcher into the well. She was not the only “non-Jew” who had a “well” experience.

Hagar ran from Abraham’s house after she conceived Ishmael. An Angel found her sitting by a well and told her to go back to Sarah and submit herself to her (Genesis 16). Five chapters later Hagar finds herself on the move again. As they were crossing the desert their water supply was exhausted, and Ishmael was on the brink of death. Hagar cried out to God for help. God responded by promising to make Ishamael a great nation and by opening her eyes so she could see a nearby well. Twice Hagar received salvation from God through wells in the land of Israel.

That same chapter tells of Abimelech, a non-Jew who saw that God was with Abraham. This time, there was a conflict over who had dug a well and who was the rightful owner. In the end, Abimelech acknowledged that Abraham had indeed dug the well.

Rachel also began the process of being grafted into Abraham’s family at a well. Jacob came in, rolled the stone away, and allowed the springs of water to be given to the thirsty sheep.

Moses had a very similar experience when he rescued the (non-Jewish) daughters of Jethro from evil shepherds and allowed their flocks to be watered. One of these daughters, Zipporah, ended up being grafted into Israel.

Each of these Biblical accounts includes someone from outside the nation of Israel having a salvation experience, and a well is always a central element! Speaking of salvation experiences, one of the most epic depictions of salvation in the Bible is the children of Israel’s exodus from Egypt. The miraculous parting of the Red Sea and the defeat of Pharaoh’s armies reveal God’s great love for His people Israel. This is certainly one of the greatest rescue stories of all time!

Could it be that… God is reminding [Israel] that their deliverance is not only for them but for the entire world?

There’s something very curious that happens after the Red Sea parting. Moses finishes his song of thanksgiving, they depart from the banks of the Red Sea, and then in chapter fifteen verse twenty-seven it says, “Then they came to Elim, where there were twelve wells of water and seventy palm trees; so they camped there by the waters.”

Is there anywhere else in Scripture that we have a random count of the wells and trees? There must be something significant about the numbers twelve and seventy. Twelve is pretty easy. There are twelve tribes in the nation of Israel. But what about the number seventy?

Genesis chapter ten lists the names of the chiefs of the nations. At the end of the chapter in verse 32, it says “…From these the nations were divided on the earth after the flood.” If you go back and count the number of nations you will come to seventy.

King Solomon, who prayed that God would hear the prayer of anyone in the nations who prayed towards Jerusalem (2 Chronicles 6:32-33), set up ten seven-branched menorahs in the Temple that he built. Isaiah the prophet and Yeshua the Messiah also declared that the Temple in Jerusalem would be a house of prayer for all nations (Isaiah 56:7, Matthew 21:12).

Now let’s go back to the wells and trees. If twelve stands for the people of Israel and seventy represents all the other nations of the world, then perhaps God is giving Israel a very important message here. Could it be that in the midst of Israel celebrating God’s miraculous deliverance from Pharaoh that God is reminding them that their deliverance is not only for them but for the entire world? When the Israelites saw the twelve wells and seventy palm trees did they remember the words that God spoke to Abraham: “In you, all the families of the earth shall be blessed”?

The Israelites were being given a clear insight into their role in this world. They were to be the wells that would provide life-giving sustenance to the nations. Trees cannot live without water! As if to drive home His point, just two chapters later, God allows the Israelites to go without water. Was He just trying to provoke them? I don’t think so. Maybe He was trying to show them that there is a whole world out there in desperate need of living water.

There’s one more “well” story that we need to take a look at. Much like Rebekah, Rachel, and Zipporah, a Samaritan woman made her way to a well. Much like Eliezer, Jacob, and Moses, Yeshua met her there and offered her salvation. Yeshua told her that He could give her living water. Water that, if she drank, she would never thirst again. Then He said something very interesting. He said, “Salvation is of the Jews.” I find it amazing that the Messiah himself would say that “salvation is of the Jews”? Yeshua confirmed that the Jewish people are the wells of salvation for the world!

Most Christians would agree with everything I have said up until this point. But their perspective on what I’ve said may be very different than mine. Many Christians see salvation as a change of status that gives them forgiveness of their sins so that they can have eternal life in heaven. They put a very large period after that sentence.

I believe that by drinking deeply from the springs of salvation we not only gain forgiveness of our sins and eternal life, but we also begin a journey of gaining strength to walk the path of righteousness on this earth. I believe that when we accept Yeshua—our Jewish, Hebrew Messiah, as our head, then our perspectives begin to look more like His. By following Him we become more like Him. We should act, talk, and think more like Him every day. As Christians who have given our lives to Yeshua, we, of all people, need to know who He is!

God’s Kingdom will come on this earth as it is in Heaven when His subjects become fully subjected to Him! Almost all of us Christians have come to faith in the God of Abraham with much Greco/Roman baggage. I believe it’s time for us Christians to drink more fully from the springs of salvation.

After spending more than fifteen years in the heartland of Israel, building relationships with and learning from the Jewish pioneers, my faith has been tremendously strengthened. I have drawn closer to God, gained a better understanding of His Word, and have come to know my Savior in a much fuller way.

To all of you palm trees, let’s come together, in whatever ways we can, to support, be planted by, and partake of the depths of Israel’s well.

I will close with these words from the prophet Isaiah:

“Behold, God is my salvation, I will trust and not be afraid; ‘for Yah, the Lord, is my strength and song; He also has become my salvation.’ Therefore with joy you will draw water from the wells of salvation. And in that day you will say: ‘Praise the Lord, call upon His name; declare His deeds among the peoples, make mention that His name is exalted. Sing to the Lord, for He has done excellent things; this is known in all the earth. Cry out and shout, O inhabitant of Zion, for great is the Holy One of Israel in your midst!’” (Isaiah 12:2-6). 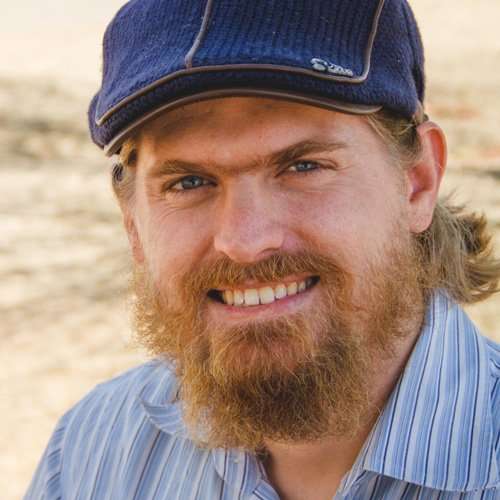 Zac Waller is the Executive Director for HaYovel, For more information on HaYovel contact Deon van Baalen on 0287 090 882 or deon@hayovel.com, or visit www.hayovel.com 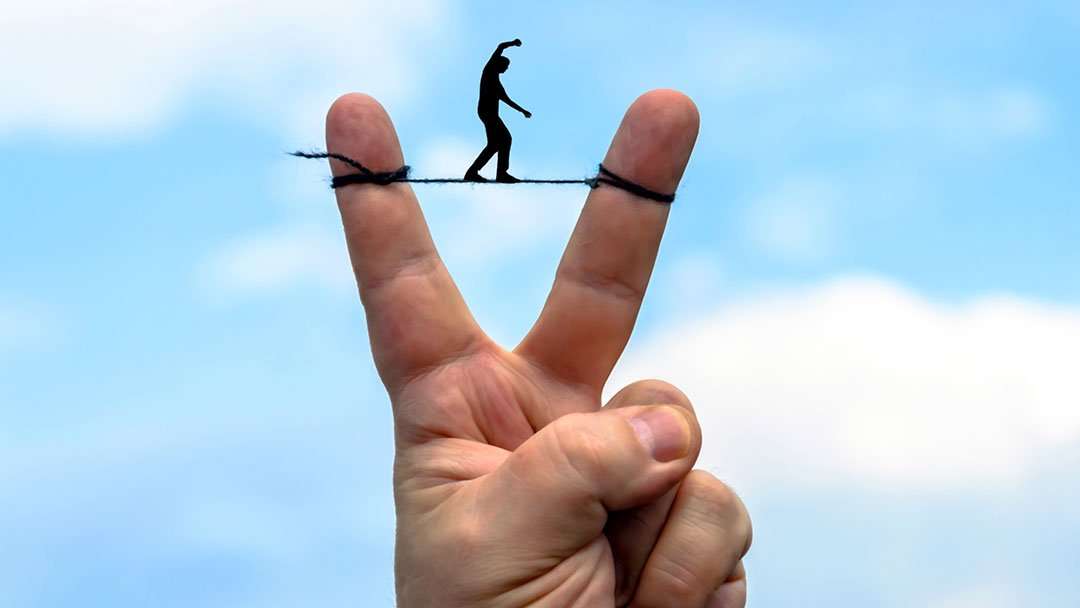 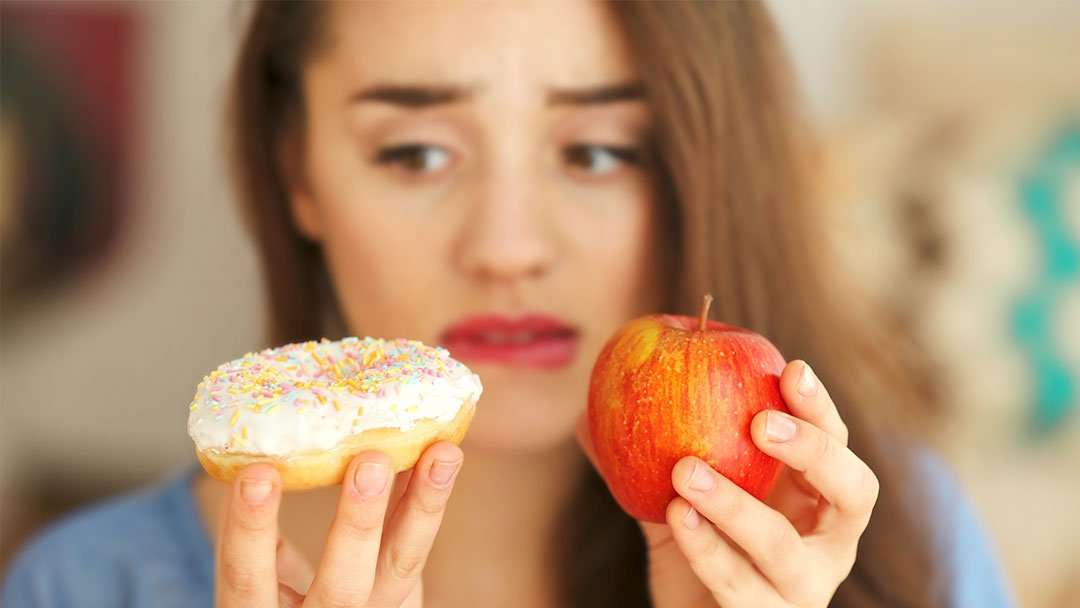 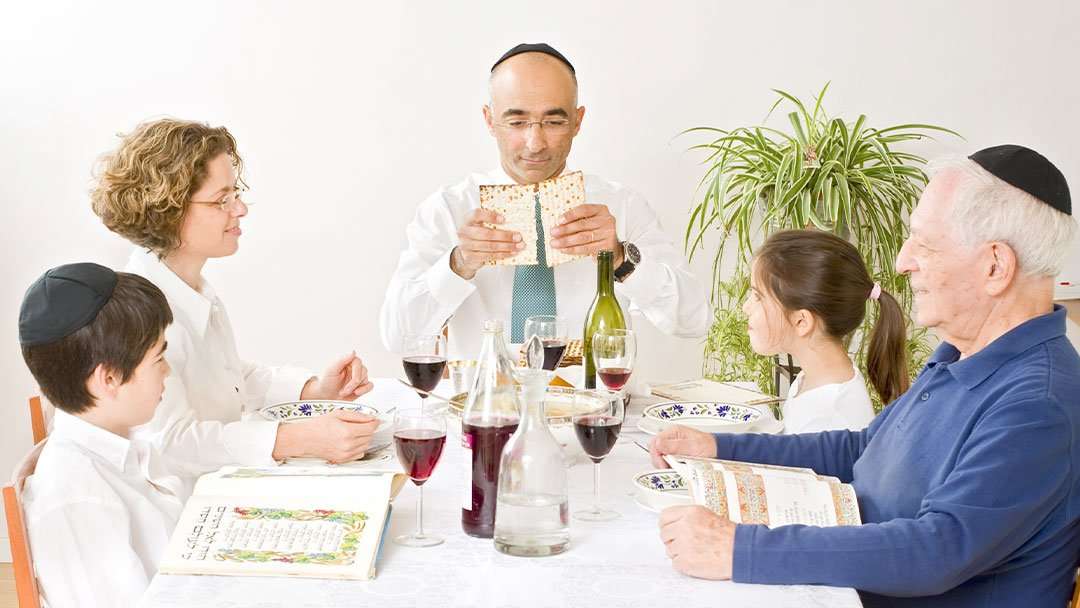 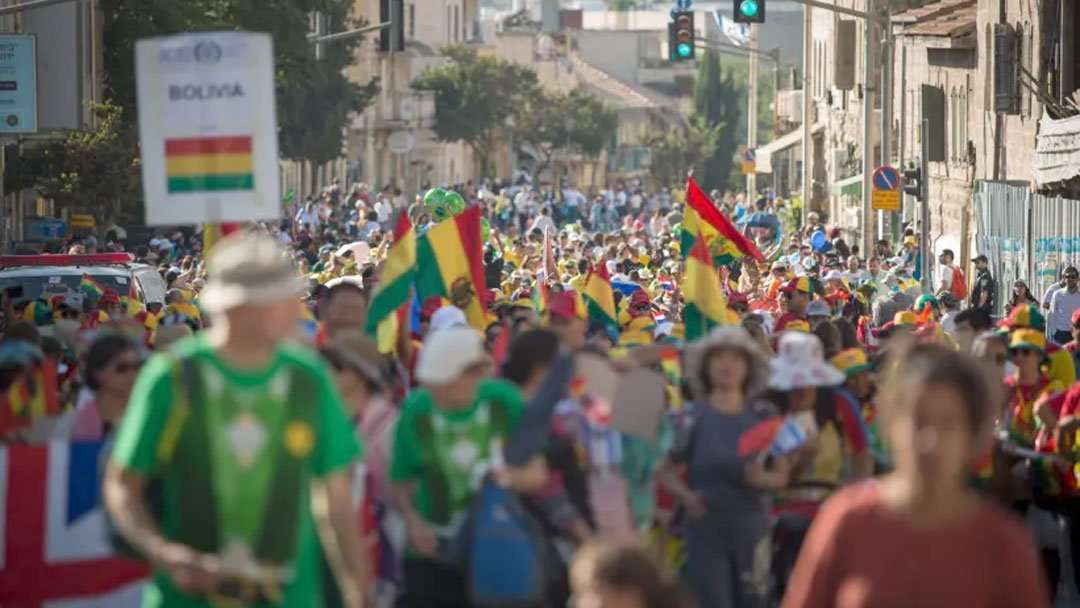 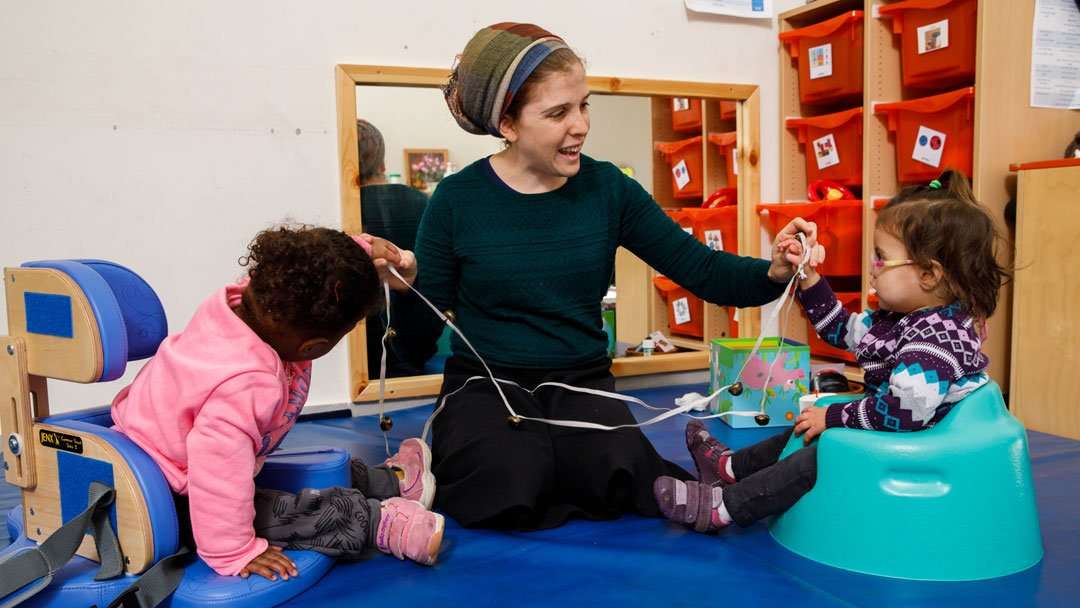